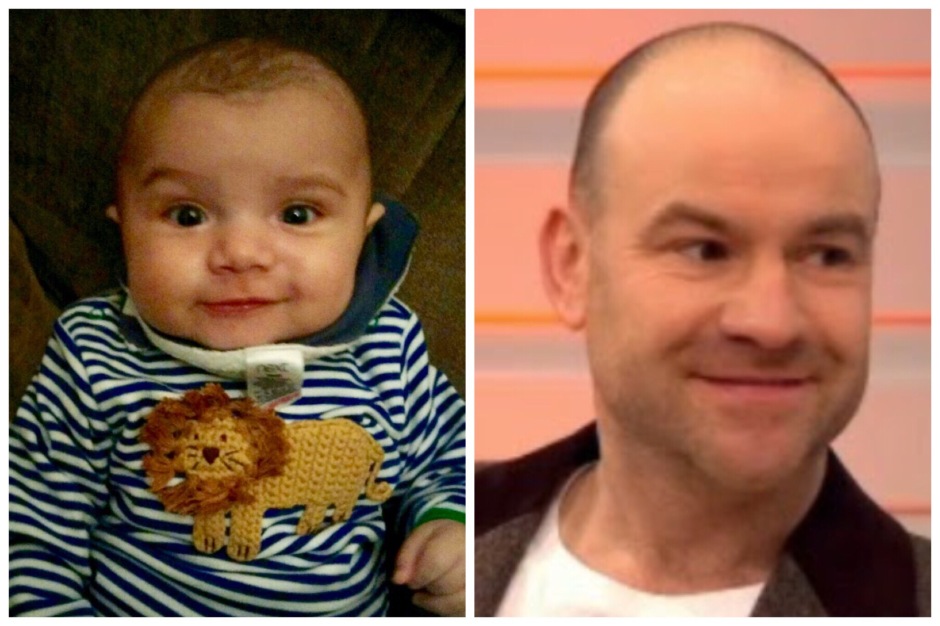 You may not totally see it in these photos but I can assure you that at times, my 4 month old baby boy is the spit of Tim off Corrie. Or Tim Metcalfe, as he probably prefers to be known (because it’s his real name.)

And I know why this has happened. It’s because I was mean. While I was pregnant I was mean about another baby. I giggled to my sister that a baby looked like Tim off Corrie and I provided her with screenshot evidence to prove it. That baby did indeed look like Tim off Corrie but as karma dictates, now too, so does my baby.

But it’s ok. I still think my baby is cute so all it really means is that I now regard Tim off Corrie as cute. (Mothers are wired so that we find our own children the cutest little beings on earth aren’t we? Probably a throw back to cave men times so we don’t reject them or something.)

My baby may or may not be a cutie but who cares? To me he’s a scrumptious little Tim off Corrie.

Anyway, moral of the story: don’t be mean about babies or you’ll get a Tim off Corrie one. (Which actually is no bad thing.)