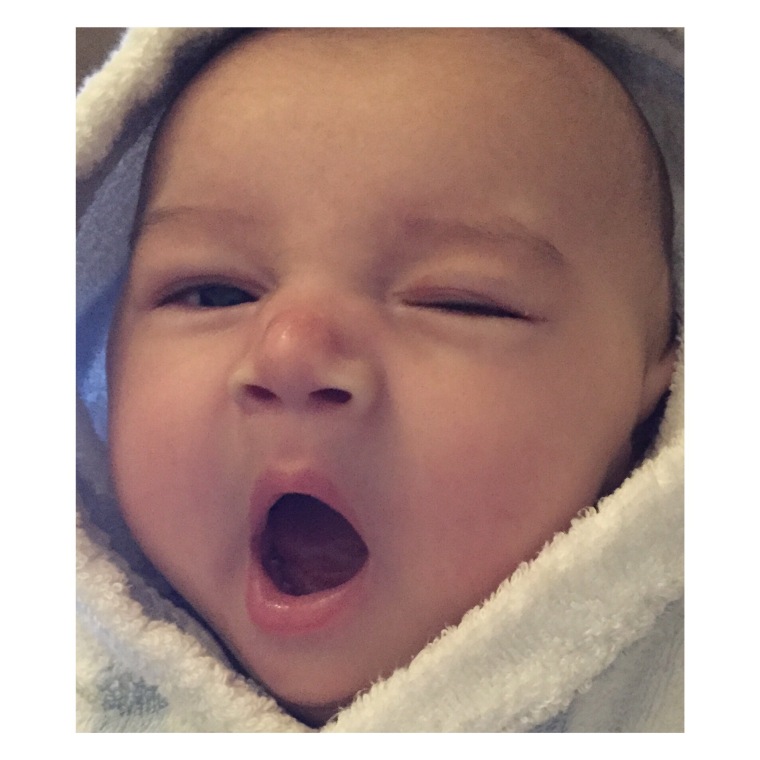 Do any of you have these amazing thoughts in the middle of the night while you’re up feeding the baby or struggling to get to sleep? I don’t know whether it’s boredom or severe sleep deprivation that causes them but I suffer from them badly. Here’s a few recent ones:

1. I’m going to go back to uni to re-train as a doctor. I’ll specialise in paediatric medicine and it’ll be great. (I’m not and it won’t. I’ve got a weak stomach and the sight of blood makes me queasy.)

2. Tomorrow I’m going to go buy some paint and redecorate the living room. I’ll paint over all the crayon drawings on the walls and it will look super. (Not happening. As well as having a 2 year old and a 3 month old to look after and entertain, I’ll be knackered from being awake half the night with the baby and my deluded thoughts.)

3. I’m going to open an Etsy Store and sell lovely bespoke goods, all hand made by clever old me. (Well nope because I’m not actually crafty in the slightest, despite really wishing I was, and I have nothing to offer Etsy other than hard cash when I’m buying stuff other crafty types have made.)

4. I’ll sign up for the London Marathon and  run the whole thing and raise loads of money for charity. (Nice idea and perhaps something to aim for but I should probably at least own a pair of trainers before I set my sights on a marathon. The egg and spoon race would actually be beyond my capabilities right now. No really.)

5. I’ll write a novel. It’ll be semi-autobiographical and hilarious of course. Everyone will want to read about the life and times of Me and I’ll get really famous, probably. I’ll end up having to choose between Graham Norton and Alan Carr because I’ll be so popular I simply won’t have time to appear on both of their shows. (I think the fact I’m blogging about my deluded thoughts is evidence enough that any novel written by me is hardly going to become a best seller.)

Surely I’m not the only one this happens to?!

Leave a Reply to Ellie @ Hand Me Down Baby Cancel reply